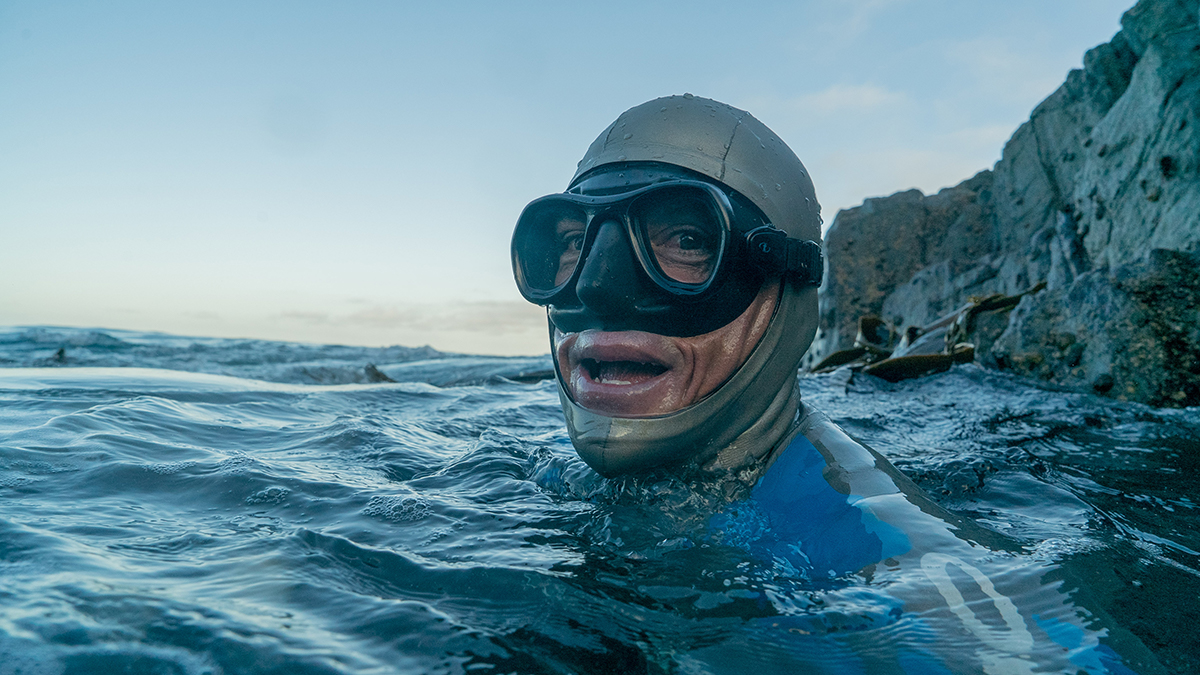 We spoke to the world famous freediver, who took on the ultimate challenge to raise awareness about endangered Māui and Hector’s dolphins.

It’s 10:10am on Saturday 16th February 2019. Sheltered by the headland, the waters are calm and still, but up ahead in the Cook Strait there is a raging northerly current. Freediver William Trubridge is at the beginning of a unique journey that will push his body to the absolute limit – and all to protect native dolphins.

In his personal mission to draw attention to the plight of New Zealand’s endangered Māui and Hector’s dolphins, William had hit upon the perfect plan: to swim the Cook Strait underwater, like a dolphin.
He lathers on some heat gel, dons his wetsuit and monofin, and slips into the water.

The gruelling 32 kilometre swim took 9 hours and 15 minutes, as he battled strong currents, icy water and punishing cramps to complete the first ever underwater crossing of a major channel. So why did he do it – and what does he hope to achieve?

“New Zealand’s native Māui dolphins are teetering on the precipice of extinction,” explains William. He believes it’s the responsibility of New Zealanders to save our rare dolphins – “If not us then who else?” - and wants to raise awareness about their plight.

Māui dolphins, and their cousins Hector’s dolphins, are the smallest marine dolphins in the world. There are numerous threats to their existence, but one of the largest man-made causes of harm is fishing. “Their fate is entirely determined by fishing regulations - unless trawling and set nets are banned across their entire territory then population studies show they will not survive.”

The stakes are high, and he worries these species could go extinct. But there is hope – if the government takes action to remove dangerous nets from their habitat. “The best scenario is that they return to normal numbers, and population studies show that this can and would happen if they were protected throughout their territory.”

William holds 18 freediving world records – and this endurance event for dolphins is not his  first. “In 2010 I freedived to 100m for the first time with no fins or assistance, and used the dive as a platform to speak about the dolphins’ plight,” he recalls. But, “it wasn’t enough.” The political leaders at the time took no action.

Fast-forward to 2019, and with a new PM at the helm, William decided now was the time to try again. “To unite the North and South islands with a swim could help to unite us in saving our dolphin species.”

On Valentine’s day, he was relaxing at home with his pregnant partner Sachiko when he got a phone call. “The weather forecast had done a U-turn, and tomorrow that most fickle of channels was going to be ‘swimmable.’”

So, two days later, on a calm February day in Wellington, William found himself at the beginning of an incredible feat of endurance. 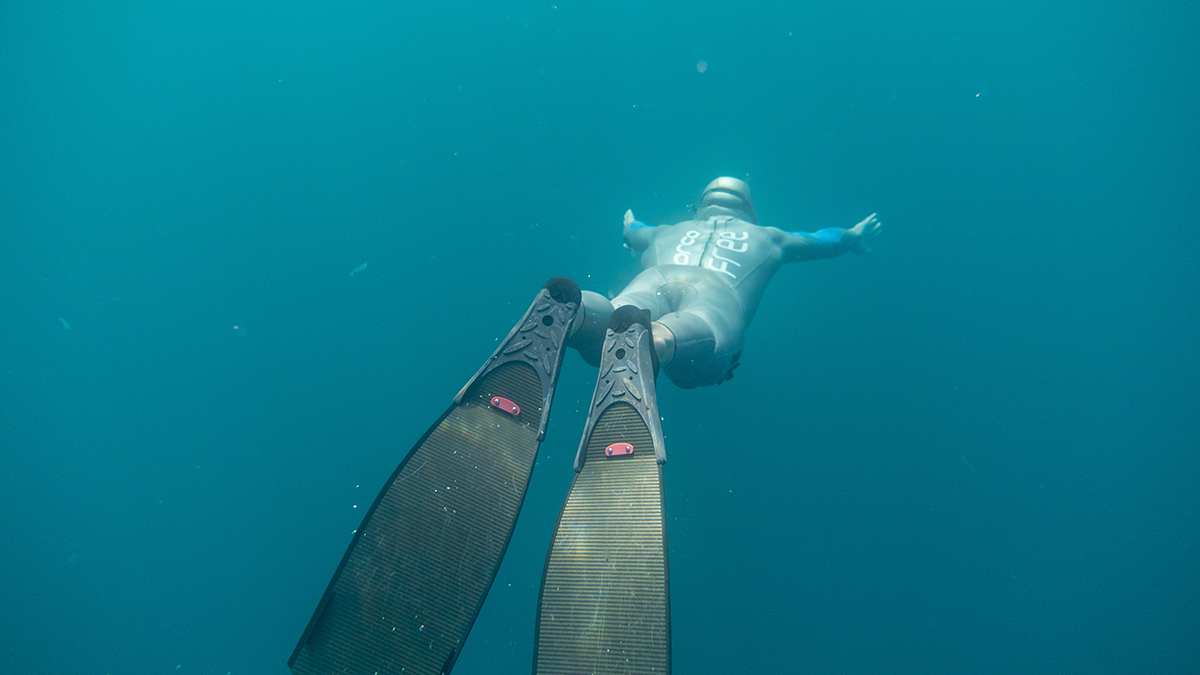 Those first dives were effortless, and he felt euphoric. A boat with support crew were on hand to keep him on course and supply him with potato soup.

As he reached open water, he settled into his rhythm: 20 seconds to swim a horizontal distance of about 25-30 meters underwater at a depth of about three meters, then a quick 10-second breathing recovery on the surface before the next dive.

“I tried not to think of the distance, and instead focused on my dives, attempting to swim as easily and efficiently as a dolphin.” His unique method involved swimming only while immersed in the water, with only short breathing recoveries on the surface.

But by the halfway point, the first signs of coldness had started to show and the currents were showing their strength.

Towards the end, fatigue set in. With just a few hundred metres to go, “the demons chasing me were hypothermia and cramps, and although I felt like I could reach out and touch the land, I knew I still wasn’t safe yet.”

“I told myself I could not fail now - not for Sachiko and our soon-to-be-born daughter, not for my family who had paddled and swum alongside me in my first training swim, not for the crew cheering me on, and certainly not for the dolphins, who needed every soundbite of support they could get.”

Finally he reached the South Island, grasped a rock, and groaned a sigh of relief. In the hours that followed, cramping, hypothermia and vomiting couldn’t eclipse the euphoria he felt at achieving his challenge.

“What an amazing privilege I had, to be able to swim like a cetacean across such a wild body of water,” he reflected. “These thoughts brought me back to the Hector’s and Māui dolphins, and I realised that I enjoyed greater freedom in these waters than the species that had evolved in them - after all, with my support boat to my side there was no risk of me drowning in trawler nets.”

So will politicians finally take heed and take action to protect these animals? William wants to “give Jacinda a mandate to stand up and make the changes necessary to ensure our daughters (hers seven months old, mine three weeks away from birth) would grow up on islands still surrounded by the world’s smallest dolphin species: Hector’s and Māui.”

Jacinda, it’s over to you.

You can help convince the PM to take action for our dolphins too. Please sign our petition to the Prime Minister to save Māui dolphins, or sign up to take a fundraising Māui Dolphin Challenge to help us carry out our work to save them. Check out William’s Facebook page for his account of the day and photos.