Frocks on bikes gear up for Earth Hour 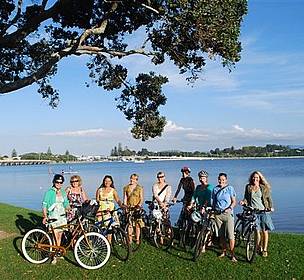 Frocks on Bikes is a nation-wide movement that began in Wellington when a group of inspiring women decided to spread the word that bike-riding isn't only for the lycra-clad, but perfectly possible all outfits. (As Hollie says - 'anything in a woman's wardrobe is cycle gear'.)  The idea took off and today there are frockers across the nation. More recently, the movement has gone international with an Australian 'flock' joinin the revolution.

Listen to the podcast.