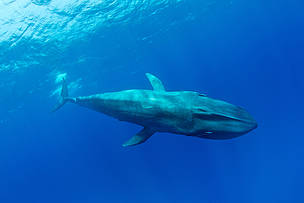 Great news for our marine mammals! The IUCN (International Union for Conservation of Nature) are declaring NINE Important Marine Mammal Areas (IMMAs) in New Zealand. The world’s top marine mammal scientists at the IUCN recognise the incredible marine mammal diversity in New Zealand. This recognition makes it easier for policymakers to know where we need focus protection for our taonga species like whales, dolphins, and sea lions.

While IMMAs aren't protected areas themselves, they do identify critical habitats of precious biodiversity. They also provide scientific data which helps inform the management and protection of these areas.

“To be recognised at all by the IUCN is an honour, but for them to recognise nine IMMAs in Aotearoa is incredible! Our big blue backyard is filled with the most magnificent megafauna. They are our taonga and it is our duty to protect them. This is a significant foundation for us to build better marine protected areas for our ocean,” says Dr. Aroha Spinks, WWF Environmental Science Director.