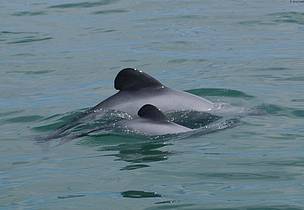 WWF-New Zealand welcomes the Government's new Threat Management Plan to address the threats Māui and Hector’s dolphins face. It is a positive step towards, ultimately, removing all human-based threats to the habitat of the critically endangered Māui and Hector’s Dolphins, while also supporting fishers and their communities.

“WWF has advocated for the restoration of the Māui and Hector’s dolphins for over 15 years. We’ve called on successive Governments to remove all human-based threats from their habitat. New science clearly states immediate and significant threat reduction is essential to ensuring the survival of Māui dolphins, in particular, which are hovering on the brink of extinction. Unfortunately, previous governments have dragged their feet,” says WWF-New Zealand CEO Livia Esterhazy.

Ms. Esterhazy continues, “We congratulate the Government today for taking real action for Māui and Hector’s dolphins. An additional rollout of cameras on boats, an extension of fishing closures with transitions for fishers, expanded marine mammal sanctuaries, and a toxoplasmosis action plan are all things we advocated for in our submission with our Option 5 partners. This is the Government’s first real step towards threat reduction since 2013. However, there’s still a long journey to secure their future.

The biggest continued threat these rare taonga face is inaction. WWF commits to continue working with all who are willing to take action to remove remaining human-based threats including the remaining set-nets, trawling threats, land-based threats (including toxoplasmosis), existing seismic surveying permits, and seabed mining throughout the habitat. We also commit to utilising innovation and increasing the level of scientific data available to all.”

WWF-New Zealand, Sanford, Moana, will continue our existing successful collaboration and to build on our 2016 Māui Dolphin Protection Plan, with additional support from the Endangered Species Foundation. We stand ready to work with the Government to find comprehensive solutions for our dolphins. Together, it’s possible to build a future in which people are living in harmony with nature.

Click here to read our Q + A, also attached below.

WWF (World Wide Fund for Nature) is one of the world’s largest and most respected independent conservation organisations, with more than five million supporters and a global network active in over 100 countries and territories. WWF’s mission is to stop the degradation of the Earth’s natural environment and to build a future in which people live in harmony with nature. We aim to do this by conserving the world’s biological diversity, ensuring the use of renewable natural resources is sustainable, and promoting the reduction of pollution and wasteful consumption. WWF has been working in New Zealand since 1975.

Moana New Zealand has been built through the collective efforts of many and is the country’s largest Iwi-owned seafood company. Iwi are the true guardians of the world’s most pristine and sustainably managed fisheries. Moana New Zealand has a deep sense of responsibility to all people and respect for kaimoana, and is dedicated to contributing to the wellbeing of future generations. It connects the world to the true taste and rare magic of New Zealand’s best kaimoana.

Sanford is New Zealand’s oldest and largest seafood company - Sanford has been listed on the New Zealand stock market since 1924. Sanford are focused on sustainability and on maximising the value of the resources we gather from our oceans, enabling long term value creation from oceans teeming with life. Sanford sites can be found in eleven locations around New Zealand and we are a team of 1700 staff and sharefishers across the country. Sanford are committed to innovation: Sanford have a team of scientists whose mission is to find new ways to make the most of the life-enhancing properties of seafood, from anti-inflammatory supplements to skin-nurturing collagen. Our latest annual report can be found here.