Add your voice to the open letter on climate change here.


The open letter calls for the government to set ambitious targets to reduce emissions, create a long-term plan for how to do it, and implement policies that can set us on the right path and empower New Zealanders to make low carbon choices.

“With coherent, predictable policy, companies like ours can take swift and meaningful action,” Mr Bennetts said. “We’re keen to work in partnership with the New Zealand government and we’ll back the government in taking bold action.”

Logan Brown restaurateur, Steve Logan, added, “We have to put our hands up and take action on climate change so that future generations can also enjoy the quintessential Kiwi lifestyle that we do now”.

“I think the government should get stuck in and get on with it, and commit to action on climate change,” Mr Logan said.

New Zealand emissions have risen by 50% since 1990 and are projected to rise another 40% by 2030 under current policy settings.

WWF-New Zealand Senior Campaigner, Alex Smith, said, “Businesses and organisations across New Zealand are taking action on climate change, but to make the changes we need, at the pace we need, this must be backed up by government action to reduce emissions".

“New Zealand may be small, but our country matters. The whole world needs to act and that includes us.”

Add your voice to the open letter on climate change here. 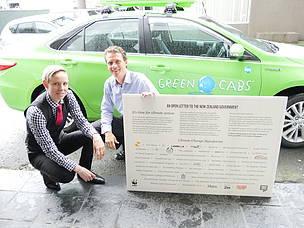 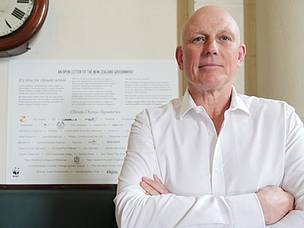