2010: Year of tigers, dolphins and a living planet 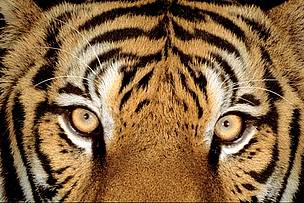 Portrait of an Indian tiger (Panthera tigris tigris). Endangered Species Dist.: Asia, but extinct in much of its range.
© Martin Harvey/WWF
January 11, 2010 officially marks the start of the United Nations International Year of Biodiversity, which kicks off in Berlin. 2010 is certainly shaping up to be an important year for  the team at WWF – from global efforts to halt the loss of species to responding to the national conservation emergency that is the decline of endangered Hector’s & Maui’s dolphins.

2010 is also the Year of the Tiger. Despite being an iconic part of the world’s natural heritage there are only just over 3,000 tigers left in the wild. We must not be the generation who let the tiger disappear forever. WWF will host a summit in Vladivostok later this year, involving all 13 countries that still have tigers in the wild, to try and save this amazing species.

Closer to home, WWF is working to ensure that 2010 heralds improvements in the protection of our Hector’s and Maui’s dolphins. There are just over 7,000 left, and they live only around our shores. Between 110-150 are killed in fishing nets every year, according to the governments own research. In late 2004 I was involved in what we called the “Hector’s Challenge” – challenging the government to ensure the return of Hector’s dolphin to 1970 populations levels (about 20,000), which the then Minster of Conservation responded to by promising action within six months. Last year WWF provided the government with compelling evidence supporting action to save the dolphins. Since then protection has been proposed and then stalled as a result of legal action by representatives of the fishing industry.

The government must take action this year. It would be a truly avoidable tragedy if, in the International Year of Biodiversity, NZ knowingly allowed a marine dolphin to become extinct.

One person determined to take action is Christchurch school student, 15 year old Aescleah  Hawkins. In March she plans on completing a three day sponsored walk from Lyttleton to Akaroa – raising an estimated $36,000 for WWF’s Stop their Extinction campaign, as well as vital awareness about the plight of the species. Importantly, the walk will send a strong message to the Government that New Zealanders are passionate about our wildlife, and want to see our Hector’s dolphins protected.

And, as if that’s not enough, we’ll be running Earth Hour again on Saturday 27 March 2010. With the failure of the Copenhagen summit to make any real progress on a new global deal for tackling climate change, it’s more important than ever that individuals take personal responsibility for reducing emissions – and, by participating in Earth Hour on the night, demonstrating just how widespread support is for global action. Sign up, get in touch with your local council or organise your own event – it’s great fun as well as being one of the most widely recognised and popular events in New Zealand. Last year 1.5 million kiwis took part – sign up now to help make Earth Hour 2010 even better.

Towards the end of the year, WWF will be publishing our biennial Living Planet Report, looking at the state of biodiversity, and the impact of people on our natural resources. New Zealanders have the sixth worst per capita ecological footprint in the world – which doesn’t align at all well with our clean green image. It’s WWF’s aim that people live in harmony with nature – and that means stopping extinctions of precious species like Hector’s dolphin and the tiger, and treading more lightly on the planet by reducing our greenhouse gas emissions and using more sustainable products.

Make sure you subscribe to our RSS feed to receive notifications of updates and new blog entries throughout the year.

Portrait of an Indian tiger (Panthera tigris tigris). Endangered Species Dist.: Asia, but extinct in much of its range.
© Martin Harvey/WWF Enlarge