DAVID ATTENBOROUGH: A LIFE ON OUR PLANET | WWF New Zealand

DAVID ATTENBOROUGH: A LIFE ON OUR PLANET

HE INTRODUCED US TO THE WORLD. NOW HE TELLS HIS GREATEST STORY.

David Attenborough: A Life on Our Planet is coming to New Zealand cinemas for one night only. Sir David’s new feature film – promising to be his greatest story yet – will be shown in select cinemas across Aotearoa. Tickets are now on sale. For more information on where to see the film, click here.

For decades, the legendary broadcaster has brought the wonders of the natural world into our homes. From every corner of the globe, every habitat, millions of species, Sir David has watched our world evolve. Now, at the age of 93, he presents his most personal project to date: his witness statement to what has changed during his lifetime and his vision for the future.

In this unique feature documentary, the celebrated naturalist reflects upon the defining moments of his lifetime and the devastating changes he has seen. Screening in New Zealand cinemas for one night only, April 17, the film addresses some of the biggest challenges facing life on our planet and provides a snapshot of global nature loss in a single lifetime. This accompanies a powerful message of hope for future generations as Attenborough reveals solutions to help save our planet from disaster.

His message comes at a critical time, when nature is sounding its alarm, for united action.

“Right now, large parts of Aotearoa are in drought, creating tinder-dry conditions. Many of our unique species are facing extinction. As an island nation, a food producing nation, we are reliant on a healthy, resilient environment. But the cumulative impacts of human activities: unsustainable land practices, plastic contamination, overfishing, seabed mining/drilling, and the global climate emergency put us ALL at risk,” says Livia Esterhazy, WWF-New Zealand CEO.

“But we can not lose hope, because it is possible to chart a new course, a better course, for nature and ourselves. Sir David, through this feature, has given us a roadmap to a resilient future in which people and nature live, and thrive, in harmony,” says Esterhazy.

The film has been produced by award-winning wildlife film-makers, Silverback Films, and global environmental organisation, WWF. Mark your calendars for Friday, 17 April 2020, when Sir David: A Life On Our Planet will screen for one night only - just hours after its sold-out World Premiere at London’s Royal Albert Hall on April 16, which David Attenborough will attend. 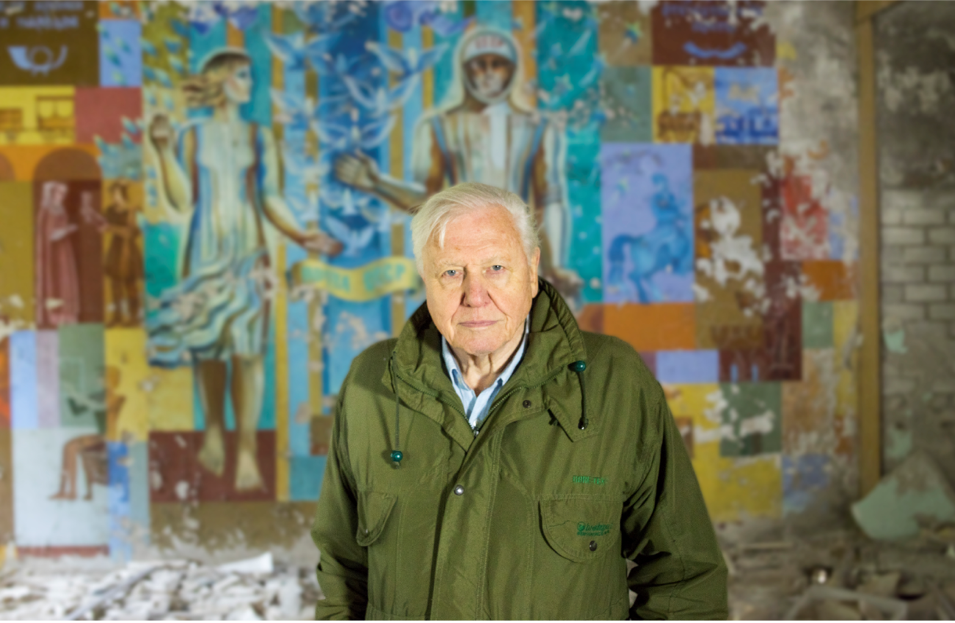 Tickets are now on sale in cinemas in New Zealand. For a list of participating cinemas and to register for updates, visit http://www.attenborough.film/